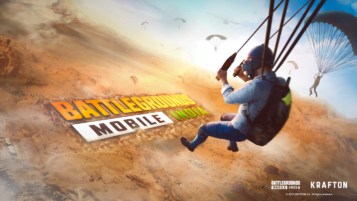 When is PUBG coming back to India?

It was announced today that PUBG is getting relaunched in India as Battleground Mobile India. PUBG Corporation announced back in November 2020, it will set up an Indian subsidiary and launch India’s specific version of the game. It has now merged with Krafton, a South Korea-based company, and set up Indian company Battlegrounds Mobile India.

They have now announced everywhere including their website, their new YouTube channel, and their Instagram account, that they are soon releasing Battlegrounds Mobile India. They also released an article about it today. Here is the video they posted today.

It is clear that they are ready to launch the game. We might get the Indian version of PUBG getting launched at the end of this month. There will be a pre-registration period in which we have to enroll before the launch to be able to get as soon as possible. This period might start in the upcoming weeks.

The new logo gives a hint of the flag of India. The “Battlegrounds” is in Orange, “Mobile” in white and “India” in green as you can see below:

What is different in this relaunched PUBG?

This version of PUBG will be exclusive to India, along with cosmetics, outfits, and many more. There’s a possibility that we might see some outfits in store which are like the ones which Indians wear. The entire ecosystem will be focused on India so it might come out better than before.

The name “PUBG” has been entirely removed from this new version and only Battlegrounds Mobile India is now present. But the Instagram account still has the username @pubgmobile_in which is because after getting the verified badge on Instagram, changing the username is difficult.

Since it has been specifically designed for India, there is a possibility that we might never get in matchmaking with people playing outside India. The features might also vary in both versions as well. Also, we might lose all the purchases made in the old PUBG as well like cosmetics and UC.

Also, since it will be the first version of the game, we expect it to be slightly buggy and less featured. But I’ll be fixed soon as well. Also, there might be graphic differences as well as in-game item differences too in this new update.

We will be updating any further news about when PUBG is getting launched in India, be sure to check our News section and subscribe to be notified about it.

← How to play online games on a PC with a good connection for free (cloud gaming) What happens if you turn off your PC while updating? →